You are here: Home1 / Fresh Prints Art Blog2 / Musings and Other Stuff3 / The Art of Living and Working With a Cat

The Art of Living and Working With a Cat

It’s a small, simple pine box measuring 19” x 14” x 5”. Made by my hands, with the skills I learned over the years from my grandfather and father. While the corners are not fancy mitre joints, they are square and true. My brain was just not up to the challenge of making the mitre joints, and that’s OK, I’m fairly certain the contents of the box will not mind. The box contains the frail body of my cat Jack, whose failing heart and health forced me to give him the final gift of freedom from the broken little body that now lies silently wrapped in a towel. My hand rests softly on the towel, feeling the strange sensation of the cold, lifeless form that lies beneath it. In an instant, I am fighting back tears, but I am getting ahead of myself.

Jack came to me on a cold, snowy December day. I adopted him from a veterinarian who had been caring for him after his elderly owner had to move into a nursing home and could not keep him. Coming home, I remember getting stuck in the snow on our road as my truck was unable to climb the hill to get to the house. The last bit of our journey was on foot, with his carrier cradled in my arms, and him plaintively meowing the entire way. Upon being released from his carrier, he strolled about his new digs and unleashed a yowl that rivalled any siamese I had ever heard. A siamese masquerading as a tiger, his striking coat was striped with deep orange and light cream, with only a few white hairs on his chest and a single white ring of fur at the very tip of his elegant long tail. Anywhere he went, that tail was carried proudly high into the air, with the very end bent into a gentle curve.

Jack was an adult neutered male cat, who I was told had been a house cat. The first few days in the house had me questioning the house cat portion of his history, as he set about dutifully marking just about everything in the house. I spoke to my vet, I tried various sprays, I moved the litter box, I went through copious amounts of Nature’s Miracle, and just about tore my hair out. My vet jokingly said he would neuter him again if he thought it would curb the behaviour. Then he levelled with me that Jack was the “Cattiest Cat he had ever seen”, and more than likely if I simply started to let him outdoors he would stop spraying indoors. I held out for another week before I finally relented and gave him access to the great outdoors. Amazingly, as soon as his territory grew to more than the footprint of the house, he stopped feeling the need to spray everything indoors. I was happy we finally reached an understanding, I think Jack was happy he finally figured out how to get someone to open a door.

Now that he had one human trained, he set his sights further and started to train everyone to open doors. Jack perfected his training method so that my father would let him in the front door and he would saunter in and on through the house to immediately ask that the back door be opened, so that he did not have to walk all the way around the house to get from the front porch to the back porch as he chased the sunniest place for napping. For years to come, he would perfect that deep throaty yowl to get the attention of anyone within earshot that he had simply been left waiting far too long for someone to open the door. Jack did not have owners, he had staff.

Come Home When the Streetlights Come on…

Jack was as scrappy as a tomcat, yet his bravado got him into trouble over the years. Anytime he managed to avoid his curfew (I wanted him in the house overnight) he would come home with various battle wounds. One time he even came home with a claw from another cat stuck in a deep scratch on the top of his head. I told him repeatedly, that he honestly needed to learn how to run away since he just wasn’t much of a fighter. Maybe the huge black neighbourhood tomcat just looked smaller in the dark, whatever the reason, he only fought if he was out overnight. For a year or two, he was a “frequent flyer” getting shuttled to and from the vet to get various abscesses treated. I eventually learned that in order to get his cooperation to stick to his curfew, dinner was withheld until he had returned indoors for the evening. The bribe worked, and the frequent vet visits thankfully stopped.

A few of his nine lives were used up when he was hit with a nasty middle ear infection. In the course of 24 hours, he went from what looked like a simple outer ear infection to near death. It started out as an infected scratch in his outer ear, which my vet treated and sent me home with antibiotics. I started his treatment, but the following afternoon while he was lounging in my studio I noticed his eyes flick ever so slightly. At first I thought I was imagining it, and we sat there staring at each other, and it happened again, just a hint of an involuntary tick to the left. His condition worsened quickly, as the infrequent eye tick developed into nystagmus, his head tilted to the left, and he could not walk straight. Within an hour, he was rolling on the floor, unable to right himself and he was rushed to a veterinary emergency hospital.

The ER vets did not give him very good odds, but the MRI they wanted to perform was way beyond affordable care. Conservative treatment and support were given and within 48 hours he had turned the corner. When they released him to come home, he could recognize that the person standing in front of his cage was a friend and not foe, and he greeted me with a pitiful mew and loud purring. His nystagmus had slowed down, his head was still tilted, and he could not walk very well, but he could eat and drink on his own and he wanted to go home. It took a month of TLC, but he eventually returned to normal. The only remaining symptom of his ordeal was he would get vertigo if he shook his head quickly.

Jack was a big presence in my life. He’s been with me through a divorce, and through the start and end of other relationships that didn’t quite turn out as expected. He’s given me comfort after the loss of other animals here at home. Whatever heartache I was experiencing, it was eased by his presence and enthusiastic catupuncture as he kneaded his front paws into my lap while purring loudly. He was the alarm before my actual alarm clock, and even though I sometimes complained that he didn’t have a snooze button, I would give anything to have him wake me up again. I keep expecting him to show up, asking for a door to be opened to let him in or out, to turn on the faucet so he could get a drink, or to remind me that the alarm would be going off in 15 minutes and that he was ready for breakfast now. It’s a small, simple pine box measuring 19” x 14” x 5” and it holds the earthly remains of this larger than life cat who stole bits of my heart. He will be missed, by all who had the chance to meet him, but most especially by me. Rest easy, my sweet Jack. 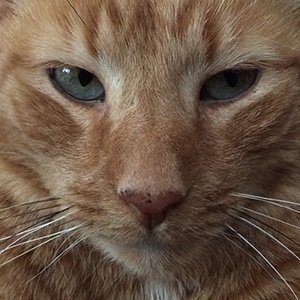 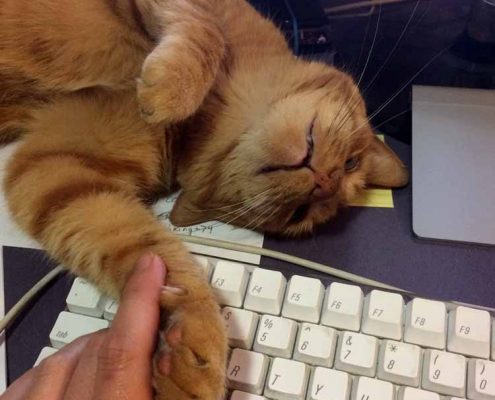 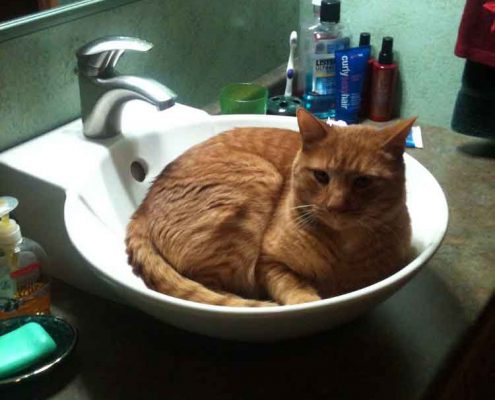 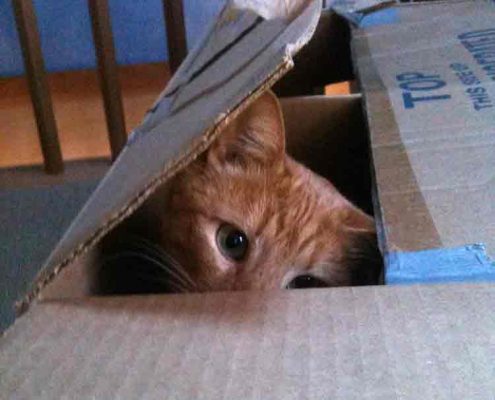 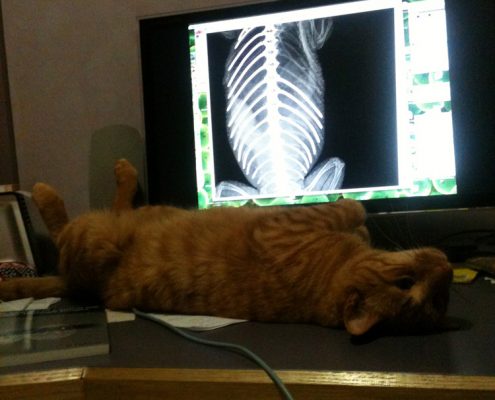 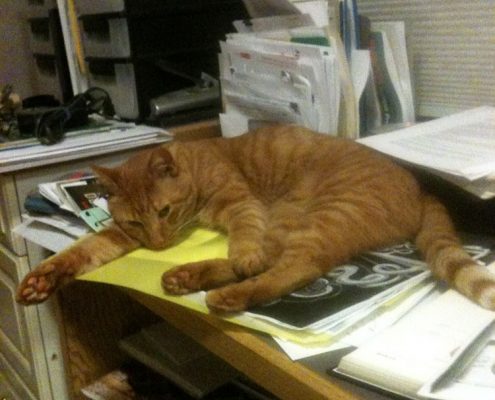 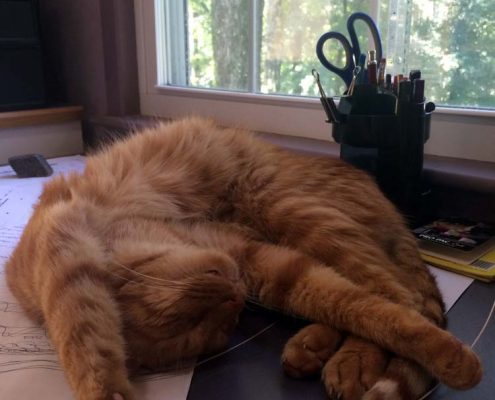 Skeletons In My Closet – The Fisher Diaries – Part 2