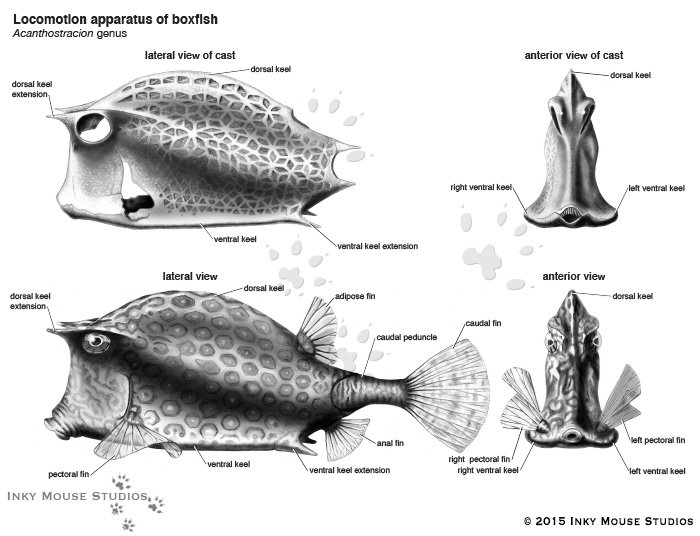 Purpose
This series of scientific carbon dust illustrations are “art by inspiration” brought on by my own curiosity after finding the bony cast of a boxfish while shelling. The intricate patterns on the surface of the cast were visually fascinating, and what started out as a simple quest for identification became a discovery of research being done to study the locomotion of these unique fish. The rigid body of the boxfish is key to helping them maintain their stability in the turbulent reef areas they inhabit, mostly due to the dynamics of water movement in relationship to the shape of their bodies. The closest identification I could arrive at was that of the Acanthostracion genus. You can see a black and white photograph of the actual boxfish cast that I posted on my blog here.