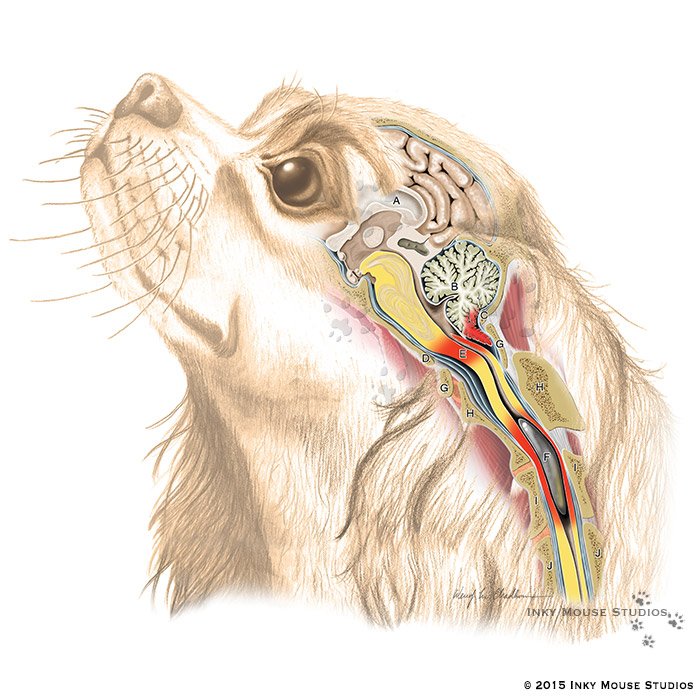 “Your picture has been a stunningly beautiful and very useful addition to my consulting room. Normally when trying to explain Chiari malformation and syringomyelia I try to draw on a white board. However because the anatomy is so complex, it is difficult for my clients to visualise what is happening in their dogs. Your picture clearly and accurately depicts what I am trying to say and presents it in a real and non-threatening way for them. Thank you so much!”


Veterinary anatomical illustration of a neurological disorder called canine syringomyelia in a Cavalier King Charles Spaniel. Cavalier King Charles Spaniels seem to be particularly prone to this disorder, which is caused by a lack of sufficient space in the skull that contains the cerebellum. This anatomical anomaly causes varying degrees of changes within the structure of the brain and spinal cord, which are only detectable by MRI. The symptoms of this disease are also widely ranging from mild, such as neck scratching, to severe pain and limb weakness.

The important features to note in this illustration are: